October 28, 2010
Welcome the 172nd edition of the Objectivist Round Up, a blog carnival of posts written by individuals who are advocates of Objectivism: the philosophy developed and defined by Ayn Rand.

If you are new to Objectivism and would like to discover more about Ayn Rand’s "philosophy for living on earth," I recommend you read her two great novels, Atlas Shrugged and The Fountainhead. If you enjoy her novels, I recommend her essays Man’s Rights, and The Nature of Government. The Ayn Rand Institute and the Ayn Rand Center for Individual Rights provide relevant information and commentary.
As we head to the polls on Tuesday, I thought this reminder appropriate to include: 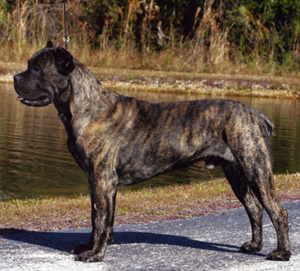 One of the new breeds showcased at the WKC dog show this year will be the Cane Corso, and it’s a beauty. A well-muscled, big-boned, light molossian dog, popular in 19 th century Italian art, whose history includes it among the Roman dogs of war, the Cane Corso has made a comeback from the edge of extinction, not only in its native southern Italy, but across the world. WKC photo. As a big game hunter and farm working dog, the Cane Corso fell out of favor when its work was no longer valued. Loss of game and new farming methods made its skills unnecessary, and the breed, all but obsolete. Through the dedication of a few Cane Corso enthusiasts, the breed is rebounding in popularity as a guard dog (its name Corso, probably comes from the Greek KOHORS for protector).  I found several sites dedicated to this magnificent breed, but this breeder ’s site is my favorite. Its write up on Cane Corso Security Systems is quite entertaining. ·           Voice Activated and Controlled. ·
Read more

Stephen and I spent this last week at the Objectivist Conference ( OCON ) in Boston. We started out the week staying in town, but finished it off commuting. As we stayed at the Seaport Hotel at the beginning of the week when we knew almost no one, we didn’t take advantage of the social atmosphere, but were happily sequestered in our room. After getting to know a few people, we dined, drank, and were generally merry with those few. Through the classes, general sessions, and referenced symposiums (in the ancient Greek sense), I left with a calmer sense of purpose, renewed motivation, and a smoldering desire to make the world a better place. By firmly placing the moral foundation under the tremendous achievements of the Founding Fathers first in my own mind, I then hope to help do so in the minds of others who have chosen the fundamental alternative to live, turning that smolder into a bonfire. One of the most immediately motivating things I learned at OCON this week regards the light t
Read more